Even though it threatened rain throughout the day the landscapers worked hard and got a few more things done today.Â  They first had to change a tire on the bobcat because it was flat.Â  After that was fixed they started work on our waterfall in the backyard. 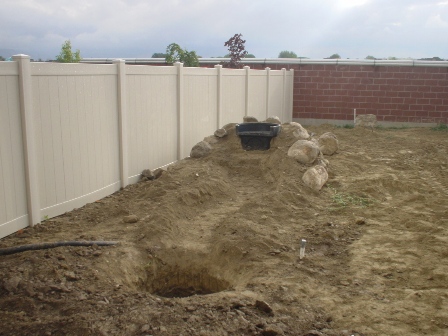 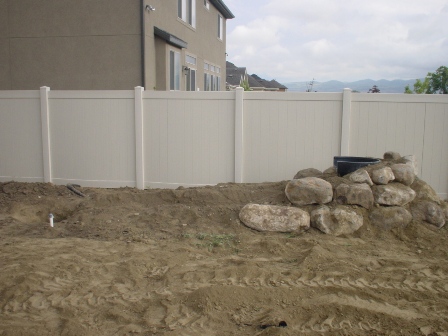 I was playing with Thomas the Train with Diana up in Samuel’s room and was able to keep an eye on the work out his window.Â  It was fun watching them carefully place each rock just right so it formed a U-shaped design.Â  After the rocks were placed they made a meandering path for the waterfall and dug a hole for the pump. 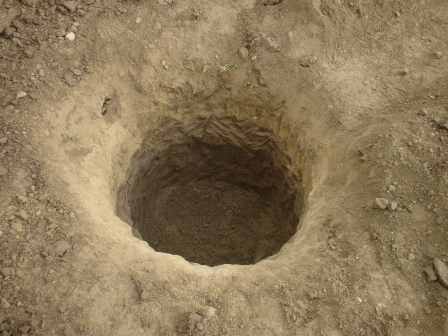 While the guys in the backyard were working on the waterfall the guys in the front were working on the sprinklers and spreading out two truckfulls of topsoil in the flower beds and where the grass is going to be.Â  Luckily the rain held off for most of the day and they got quite a bit done.Â  I can’t wait until they are done and there is no more mess and no more mud that can get tracked into the house. 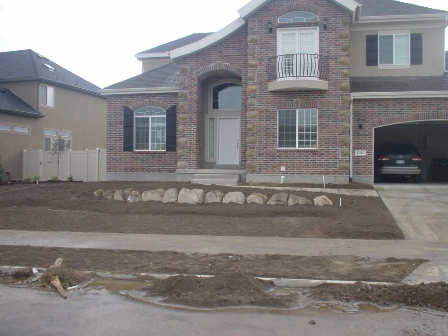